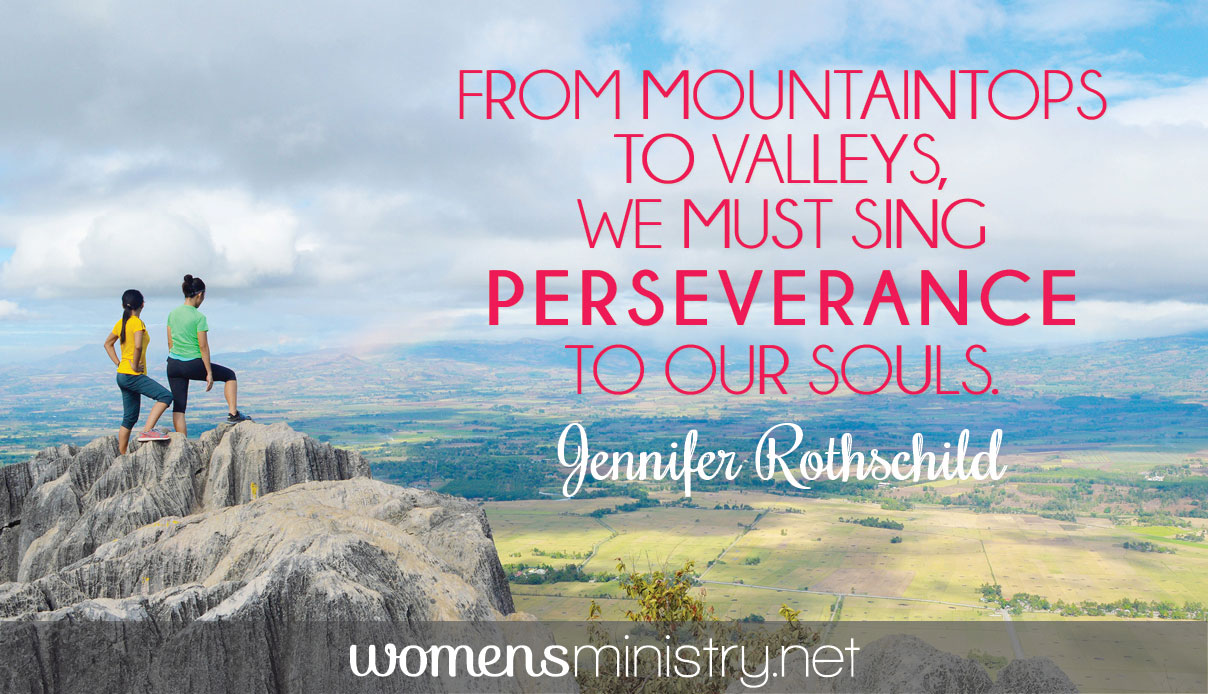 Have you ever felt exhausted – even when things have been going well? You’re not alone – an Old Testament prophet felt that way, too.

Elijah was ready to sing his last note — not because he was defeated, but because he had just won!

Beneath a broom tree in the desert, he prayed, “I have had enough, Lord… Take my life.” Do you know when he uttered such weak, pitiful words?

It was right after an earthshaking mountaintop experience on the peak of Mount Carmel. He had just called fire down from heaven and seen his adversaries fall to their knees. Then he had prayed for God to send rain, and the heavens opened with a thundering deluge. He was firing on all cylinders, but soon he had a meltdown.

Elijah went from the height of the mountain to the depths of the valley.

The same man who stood bravely before 450 prophets of Baal ran like a coward from one woman who threatened to kill him. Exhausted (which is often how we feel after a mountaintop experience), Elijah curled up in a fetal position under a tree in the desert and slept until an angel woke him up and made him eat.

He was strengthened by that food, and he went on to do God’s work.

Notice with me that he wanted to quit—not before the battle, not during the battle, but after the battle. Yes, he was being pursued by Jezebel, who wanted to get her long, pointed fingernails into the prophet’s hide. But what was one woman compared to the power of Jehovah, which he had just witnessed on the mountain? No comparison!

The great prophet was tired, hungry, and emotionally drained. All motivation killers. All triggers that make us feel as if we, too, have had enough.

Elijah was singing the blues. He was singing his own swan song. Surely, as a good Hebrew man he would have known the words of David: “He put a new song in my mouth.”

That’s what that man of God needed — a fresh, uplifting melody streaming from his thought closet like the kind of song the prophetess Deborah sang in Judges 5:21:

“March on, my soul, with courage!”

My friend, the situations can vary, and they will, but the song must stay the same. We must speak and sing perseverance to our souls.

–> If this message resonates with you, Jennifer shared more about speaking truth to your soul in her new books, Me, Myself, & Lies and Me, Myself, & Lies for Young Women. Learn more at MeMyselfandLies.us. (Plus, if you order a book by this weekend and submit the form on the book website, you can get some fun, free gifts!)

Jennifer Rothschild is a recovering perfectionist who has learned to live beyond limits ever since her life drastically changed at the age of 15, when she lost her sight. Now, she teaches women how to celebrate the ordinary as a speaker and author. She is the founder of womensministry.net and author of 14 books, including the best-selling Lessons I Learned in the Dark and her newest book, Me, Myself, & Lies. Jennifer and her Dr. Phil live in Springfield, Missouri, and have two sons, Connor and Clayton, and a lovely daughter-in-law, Caroline. Connect with Jennifer at jenniferrothschild.com.