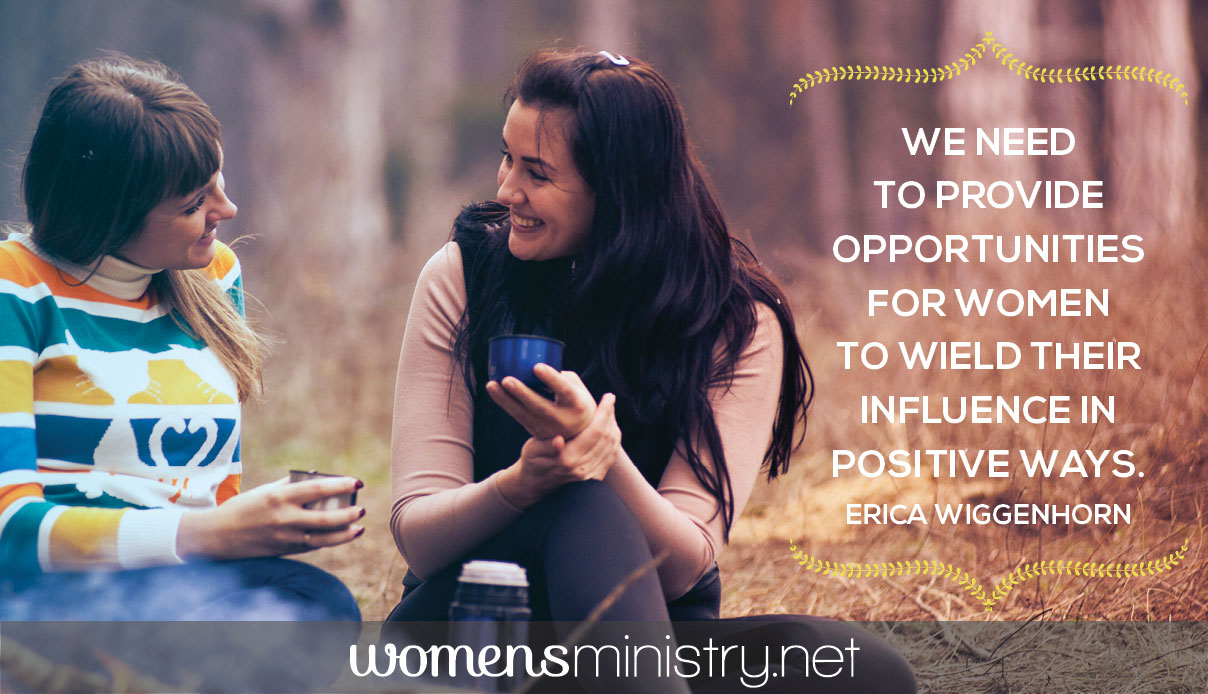 Countless debates ensue regarding the role of women in the church. No one is going to argue, however, that women influence a church’s culture. A more constructive approach would be an examination of biblical accounts as to how their influence was yielded.

If you are questioning how much of a voice women have within your church body, look no further than the book of Acts.

Very early into Paul’s first missionary journey, the strengths of women were used against them to fulfill a sinister agenda. In Acts 13, the Jews of Psidian Antioch became jealous of Paul and Barnabas’ notoriety and spurred the prominent women in the synagogue into action. Being in women’s ministry for over 20 years, I can testify how women hold truly remarkable qualities.

Women are tremendous networkers and influencers. If something needs to be accomplished, one woman can round up ten others at a moment’s notice to help her complete the task. If you want an event to be organized or an action to be taken, get women involved. They will wholeheartedly jump into a task to meet a need and not look back until it’s completed.

But there’s a flipside to this. Women’s hearts are so big they will quickly and easily offer their help when needed. Sometimes, though, our big hearts become overwhelmed by emotion rather than logic. We jump on board due to our feelings.

I don’t think women were mentioned in Acts 13:50 first because they were the biggest offenders; I think the women were listed first because the synagogue rulers, who harbored jealousy toward Paul, intentionally sought to incite them. They knew if they could rouse a small number of influential women and convince them of the danger Paul and Barnabas posed, they would quickly and effectively network throughout the city to take action.

In essence, these Jewish leaders used the giftedness and uniqueness of women against them.

As the Acts narrative unfolds, the role of women in each city Paul visits is highlighted. In every church, women play a vital role in its health or its sickness. Their influence is either directly stated or implied, but they are mentioned in every account. What does this mean for you and me today?

As leaders in women’s ministry, we need to provide opportunities for women to wield their influence in positive ways. Their creativity, organization, networking, and communication skills need to be expressed in ways that benefit the church. If not, someone may rouse them to use these unique God-given abilities in a destructive manner instead.

Women need to be reminded of their influence and be held accountable to wield it in a God-honoring way.

Here are some basic questions you can be asking the women in your church:

How does our attitude influence our family? Our church family?

How does our speech influence of our family? Our church family?

Do our actions demonstrate the love of Christ to my family? To my church?

When people or circumstances emotionally incite us to take action, may we first run to the arms of our Father for guidance.

–> Erica recently shared about the church’s role in confirming leaders in this article for members of womensministry.net.

Erica Wiggenhorn is the author of An Unexplainable Life: Recovering the Joy and Wonder of the Early Church and The Unexplainable Church: Reigniting The Mission of the Early Believers. The studies together, released by Moody Publishers, span the book of Acts in a personal and practical expository teaching style. For more information about Erica and her studies visit EricaWiggenhorn.com.